The ability to add Jscript to an Infor Lawson application form is one of the more powerful features of Infor Smart Office (ISO). It opens up the possibility of using the full set of functionality provided by the Microsoft .NET library of code to customize the behavior and appearance of the Infor Lawson form.

The first thing of note is that to have access to any of the scripting tools, the user’s Role settings must allow it. The default Role provided with Infor Smart Office does not allow access. To allow access, either change the default Role in the Lawson Role Manager (not recommended), or assign a specific Role to the user in Infor Lawson Resource Management (RM) and create that Role in the ISO Role Manager. 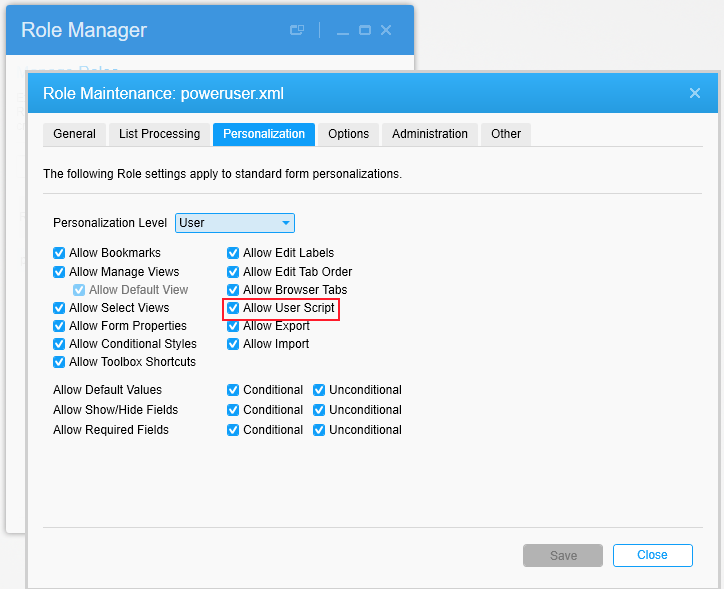 Once the user is granted access, there are 3 tools that become available:

This is the first in a series of posts that will examine each of the tools available to a script developer in Infor Smart Office. In this post we will look at the Infor Lawson Script Tool.

The Script Tool is the main script development tool and is integrated into Infor Smart Office. It can be used to edit, compile, test and publish scripts that run in forms. It is accessed in one of multiple ways: from the Navigator widget under Infor Lawson -> Other -> Lawson Script Tool; from the Start box with ‘sforms://jscript’; or from a Favorite or Canvas shortcut.

When initially released, the Script Tool had very limited functionality and there was even a provision made for developing scripts using an external editor. Over time, however, the Lawson tool has been vastly improved and integrated with the other tools such that the recommendation now would be to not use an external editor.

Scripting for Infor Lawson is developed using Microsoft’s Jscript.NET language which is syntactically similar to JavaScript, but which allows access to all of the power of the .NET library.

The Script Tool consists of a menu, a command bar, an editor area where the script code is edited, buttons for compiling and running scripts, an output area, and a status bar. 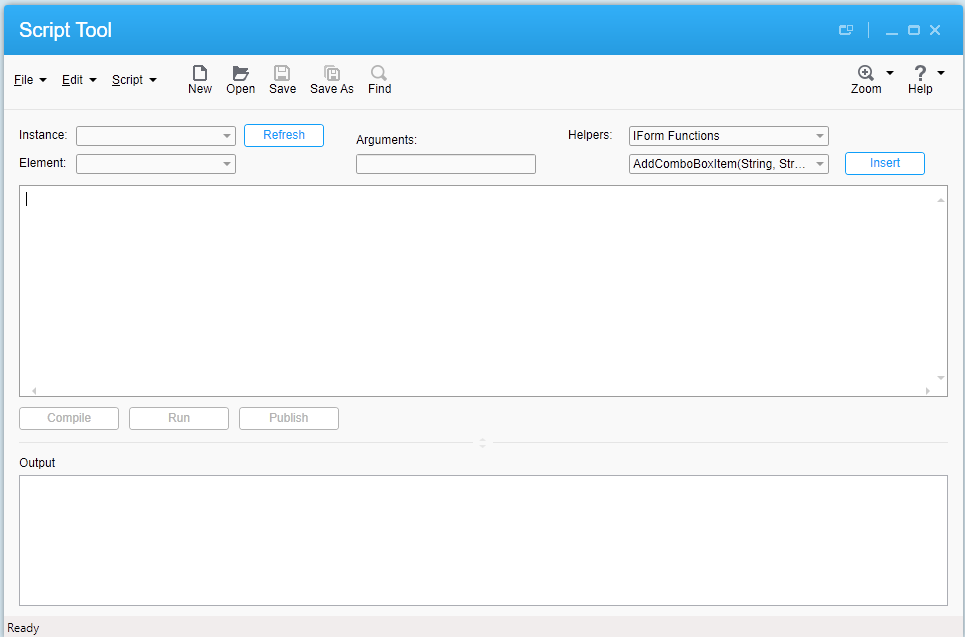 The file menu can be used to create new scripts, open existing scripts, or save the content of the editor area as a Jscript file. 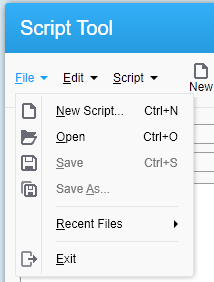 The Save Selection as Snippet and Insert Snippet features are available from the Script menu in the scripting window. These features provide a way to save script code so that it can be reused.

When script is selected in the window, select Save Selection as Snippet from the Script window. You will be prompted for a location to save. The file is saved with the ‘.jss’ extension. 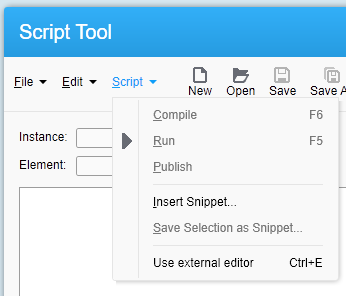 The Edit menu can be used to access the standard editing options such as Cut, Copy and Paste. Additionally, a Find and Replace dialog is available for searching for and/or replacing text. Use of regular expressions is also permitted. 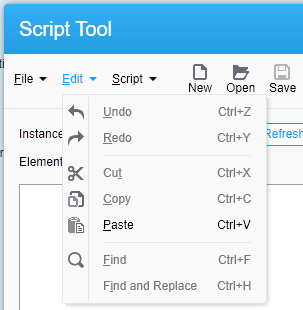 Additionally, a Find and Replace dialog is available for searching for and/or replacing text. Use of regular expressions is also permitted. 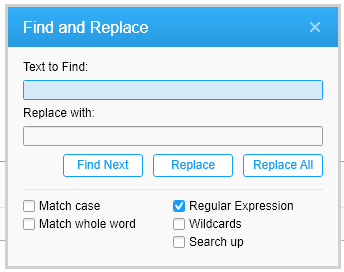 The help menu can be used to access the following utilities:

The Refresh button must be used if the Script Tool was started before the programs, if programs have been closed or started, or if a new form has been loaded. The Arguments text box can be used to provide the script with arguments. Helpers are for auto-populating scripts with available functions and handlers.

Infor Smart Office script helpers are a way to automate adding functions or handlers to a script, are available from the Script Tool interface. Helpers are grouped in the following categories: IForm functions, Event handler, Utility function, and Control utilities

To use a helper:

The code for the function or handler will be automatically inserted in the editor. Then the developer simply needs to replace the placeholder parameters with the names of variables used in the script.

The editor area is where the script code is edited or viewed.  The size of the editor area can be increased by dragging the vertical divider line up or down.

When you begin a line with a tab or leading spaces, subsequent lines added by pressing Enter will be indented the same number of spaces.

When writing script with the content editor certain Infor Lawson objects will be recognized and present a code completion list when an object name is entered followed by a period. As an item in the list is selected, a tooltip is displayed to the right. By keying the first letters of a method or property, the list is filtered down to matching items.

The Compile button will compile the content in the editor area. If there are compilation errors, these will be displayed in the output area.

The Run button will run the script. If the script needs to be compiled, it will be automatically compiled when the Run button is clicked. Runtime errors will also be displayed in the output area. Run is disabled if the Instance list needs to be refreshed. If the run button is disabled, this indicates there is no running application instance selected in Instance drop down box. If you have tested against a form, closed and reopened it, you must click the Refresh button to enable the Run button.

The Publish button is for deploying the script to the Infor Lawson application server which then will be available to view and attach to forms as a personalization.

The output area will display compilation errors and runtime errors.

If the compilation error has information about the column and row of the error, you can double-click the error message to position the cursor on the error in the editor area. Output from the script using the debug object is also displayed in the output area.

In the next post, we will look at the Infor Lawson Object Browser, the complete reference for the supported Infor Lawson scripting model.