Infor Process Automation (IPA) 11 is chock-full of many new and updated features that will add tremendous value to your business.  Further automate your current and future processes by incorporating some of the many new ways to interact with IPA.

This list provides a high-level description of the biggest features in this release.  More information can be found in the Infor Process Automation Administration Guide and in each release’s Net Change Report.

This is a long awaited for feature by our users! The SubProcess activity node is used to call a predefined sub process in IPA.  Sub processes are intended to be commonly used routines or patterns found in your processes.  A sub process does not generate a separate workunit, therefore it cannot run on its own and must be called by a parent process.  Once the subprocess node is called, all nodes within that sub process will become part of the parent.  All process variables used throughout both processes will be shared between the two as if they are essentially the same flow.

The File Access activity node now supports Amazon S3 files.  In order to use this functionality, you will need to create an Amazon AWS account and configure the connection in the File Access system configuration.  Files can be read from and written to Amazon S3 “buckets.”

The LDAP Query activity node can be used to query any LDAP server directly and in turn, use the search results in the process flow.  If you have user information outside of the traditional Infor Lawson or Infor Landmark repositories, then this node will be very helpful.

The SMS activity node allows you to send SMS messages to various phone numbers, tasks, or actors.  In order to use this node, you will need to create a Twilio account and set up an SMS connection in the system configuration.  This provides an alternative to email notifications in an automated process.

A message post can contain one or more URL links.  In order to use this node, you will need to setup a Social connection in the system configuration which will be used to authenticate to Infor Ming.le™.  This provides an alternative to email notifications and persists the message on the Infor Ming.le™ network for multiple users to access.

The JMS node has been updated to automatically reconnect to the JMS server after a failed connection attempt or after the connection has been lost.

The Landmark Admin activity node is used to perform dbimport and dbexport commands that previously only existed on the command line.  This provides an alternative to the Landmark Transaction node for handling bulk data.

The ION Alert node now supports sending the message detail in a tree node structure to Infor ION.  A wizard is used to build a new tree node or to modify the existing default tree node. The corresponding XML for the alert detail will be dynamically created in the wizard based on your input.

In previous releases, Infor Process Designer was installed using an installer downloaded from Infor Xtreme.  Now, in order to install the Designer, all you will need to do is download the installer from the Landmark Server.

Infor Process Designer now offers the options of running a process locally or on the server.  With the new run on server option, the flow can be run on the server from the designer and allow you to track the status of the newly created workunits, as well as check the log files, without having to open the Rich Client or Web UI. It also works with all the input data options which designer supports today. 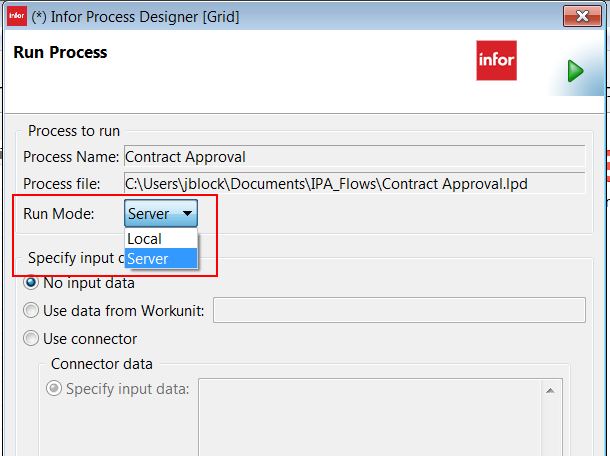 Hover over Nodes for Description

When hovering the cursor over a node or connection in the designer window, a pop up panel displays with the node description and any issues that may exist.  This feature is disabled by default, but can be turned on by going to your window preferences in the designer.

Reason codes can now be added to user actions that are created in Infor Process Designer. When you use the User Action node to create an action, select the Reason Code and Reason Comment check boxes to include these in the user action. When the action is completed by the user assigned to the task, a reason code and reason comment can be added at that time. This information is then included in the resulting work unit. 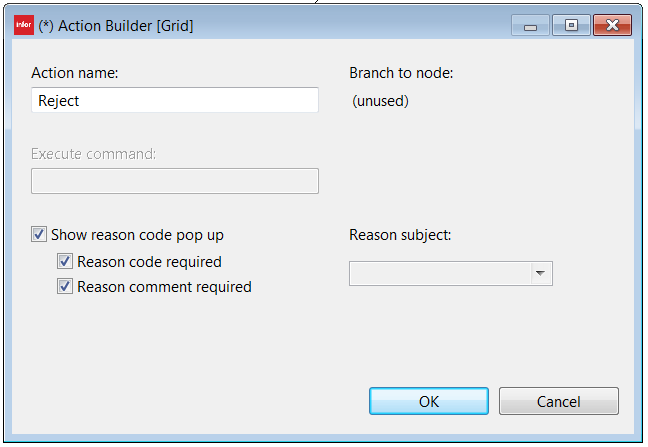 Infor Process Automation now supports TLS enablement with authentication based SMTP relaying.  This will be necessary to send outbound emails to all CloudSuite applications as they require TLS to be enabled in order to do so.

The “My Tasks” page in the Inbasket has been enhanced for better viewing pleasure!  Now, the list of tasks will display in the left hand column of the page.  After selecting a task from the list, the work items for that task will populate to the right.  The details for each work item can easily be found on the bottom section of the page. 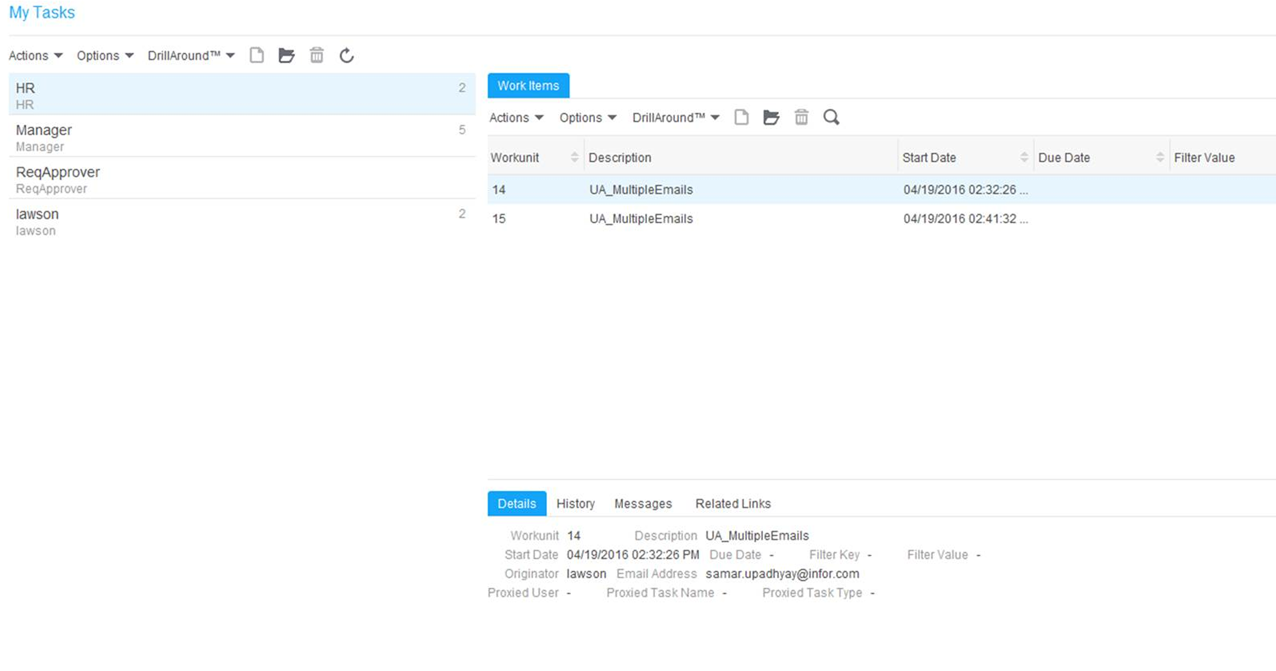 Option to View Actions on Current or Historical Workunits

When creating new data areas, the following IPA configuration parameters will be automatically included in your GEN data area.  These have moved from their previous location in the Infor ION Grid console.

The default values for these configurations can be changed via Rich Client or the WebUI.

Infor Process Automation Runs on its Own Node in Grid

To better manage IPA resource allocation, IPA has now been given its own node in Grid by default.  You can now tweak its resource consumption separately from other nodes, as well as stop and start the node without affecting other processes.